This is the part of the website where I get to list my accomplishments and sound very important, which is great. I’ve always wanted to be accomplished and very important. There’s just one problem. Bio’s are as boring to read as they are to write. 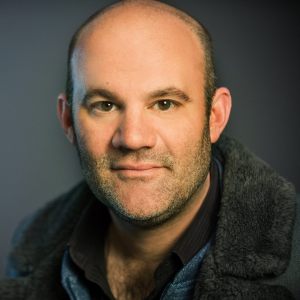 Seriously, do you care that I’m “an accomplished journalist and media entrepreneur who has successfully launched several niche media publications and live events, including MassDevice.com, which is the most read publication in the medical technology industry with more than 100,000 monthly unique visitors, the pioneering sports blog perkisabeast.com, which was one of the first fan blogs allowed in an NBA locker room and DeviceTalks, a live interview series featuring pioneers of medical technology?”

Why would you care about any of that? Or, the fact that I’ve interviewed everyone from pop music stars,  politicians and  celebrities to Bob Molloy, the guy who rents all the microphones to presidential candidates during the New Hampshire primaries.  Okay, that’s kind of interesting.

The point is, I  don’t think of my bio when I’m lying awake at night in my apartment in Brookline, Massachusetts (that I share with my wife and two kids) worrying about how I’m going to afford a larger house, or what I’m going to do with my career, if I’m a good enough dad to my kids, or a husband to my wife, if I’m getting too fat, or if the Boston Celtics are going to be able to go deeper into the playoffs this year. Why should you care?

That being said, you came here to find out about me, which is great, and I’m happy to share it with you. So here’s a little bit about the real me and not the polished version of my better self that appears on that back of the book jacket.

Ever since I was a young boy, I’ve been attracted to the power of storytelling, although I’d punch myself in the face before ever calling myself a “storyteller.”

Creating imaginary worlds has been central to my existence for as long as I can remember. The ability to build an imaginary universe, in my mind, was essential growing up as the child of divorce, who spent a majority of his childhood being shuttled from one parent’s house to the other on planes, trains and automobiles. Along with my older brother, who is an accomplished illustrator, playtime was essentially exercises in creation that I’ve never stopped trying. In fact, one of my favorite things in the world is making up bedtime stories with my kids, in which they’re the heroes. I hope someday I’ll be able to publish some of these. I hope to do a lot of things, I guess.

I’m someone who believes in the possible, who fights to keep optimism and imagination a central part of their existence, even though I do fly off the handle at the banal and unimportant things sometimes. Hey, we’re all a work in progress.

I’m a child of the 1980’s, who was brought up on movies and bad television shows. I have a memory like an elephant and can often recite movie lines with ease. In fact, I often say things that people think are from movies.

“What is that from,” my friends often ask when I say something smart. They always seem vaguely disappointed when I tell them I made it up, for some reason.

I’ve had a really weird professional career, as well. I’ve been a script reader for Roger Corman and the late Laura Ziskin at Fox 2000 pictures. I was a dog walker for Sally Field (Never met her but her dog was a sweetheart). I was the complaint manager for American Express Centurion Concierge. I was a journalist and then an entrepreneur and now I’m a published author.

So what am I, after all that exposition?

And I’m glad you stopped in. I hope you like the site. There’s a lot of content here and there will be more coming. If you like MWD: Hell is Coming Home, you can learn about the back story in this audio playlist, and I’ll also share some of the interviews I’ve done throughout my career on that page as well.

Drop me a line and I’m happy to get back to you.